How to recognise and get treated for an iron deficiency 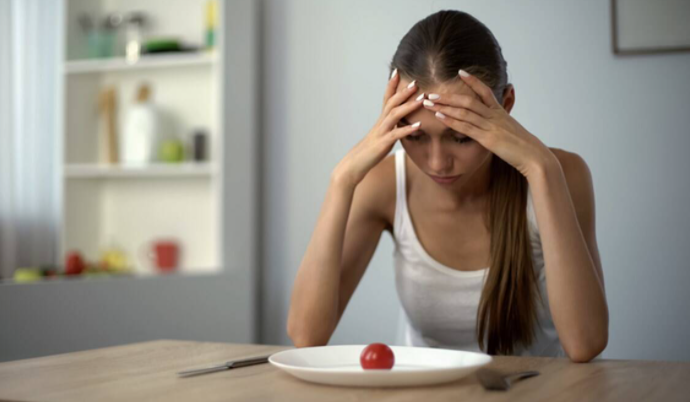 How to recognise and get treated for an iron deficiency

Iron deficiency is the most common nutritional deficiency in the world. Up to 50% of people worldwide have an iron deficiency.[1] This is partly because iron is not synthesised in the body and has to be consumed in our diets which aren’t always balanced.

Iron deficiencies are more common in females and Long-term exercisers compared to non-athletes.[2]

Iron deficiency is a diagnosis to be made by your doctor, but the signs and symptoms are seen almost daily in my Dee Why Physio office.

I had a patient just the other week that was complaining of a decline in her running performance and increased fatigue over the last month or so prior to our appointment. Because she was increasing her overall running kilometres per week, she assumed this was the cause of her fatigue and mentioned it only in passing. She had a few other symptoms that piqued my interest and I suggested she head down to the Doctor for a blood test.

Turns out it was an iron deficiency.

What does iron do in the body?

Iron is an essential trace element and serves critical functions in the body even though the human body contains only a few grams of it. Iron binds oxygen in lung capillaries and delivers it to all the cells and muscles in the body that require oxygen to perform their functions.

Stages and symptoms of iron deficiency[3]
If you don’t consume enough iron in your diet consistently, your body’s iron stores get lower over time.
This can cause:

If you are you suffering from a combination of these symptoms, you may have an iron deficiency:

What foods are high in iron?

There are two types of iron that you can get from foods. Iron from animal sources is known as haem iron and iron from plant-based sources is called as non-haem iron.[4] 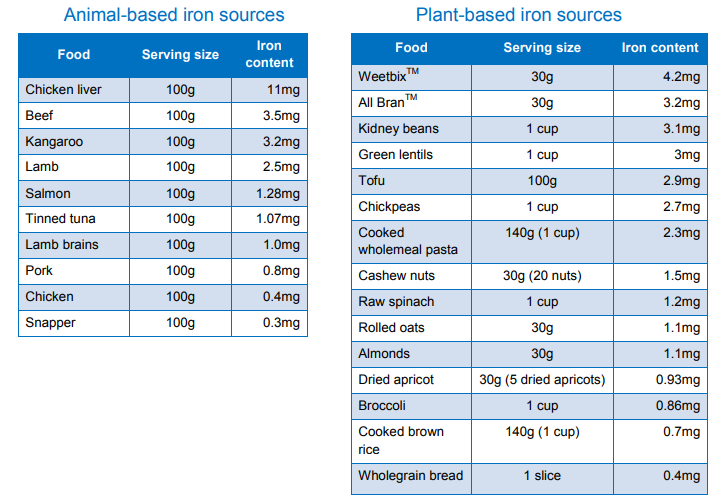 How is Iron Deficiency Anaemia Treated?

It’s important to find the underlying cause and treat it. You doctor may give you an oral iron supplement to restore the haemoglobin level to normal and replace the body’s iron stores

Since iron supplements are available without a prescription, it can be tempting to self-treat, but this is not recommended at all. Iron supplements won’t help the symptoms if iron deficiency isn’t the problem and you could be spending money on tablets you don’t need.

Having too much iron in your body can actually be toxic and even fatal.

Fatigue, dizziness and paleness are also symptoms of many other health conditions, not just iron deficiency. Some of these conditions are serious.

Always visit your GP if you think you could be iron deficient.